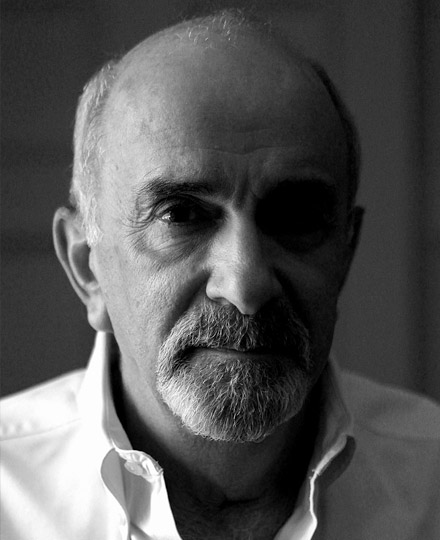 Photograph by Jay Rochlin
Michael Tabor grew up in Cambridge, England. He was a Professor of Applied Physics at Columbia University and Professor and Head of Applied Mathematics at the University of Arizona. After many years of teaching, research, and academic administration he decided to leave university life in order to write fiction. He lives in Tucson, Arizona.
“Galileo famously said that the book of Nature is written in the language of mathematics…By contrast, the story of human nature is written in the language of the imagination.”

When I tell people that I used to be a mathematician (more precisely, an applied mathematician) the most common reaction is: “That was my worst subject at school” and, social setting permitting, they will quickly find an excuse to walk away and talk to someone else—somebody presumably more fun to talk to. That’s a pity. Applied mathematics is infinitely interesting. It’s a hunting license to study practically anything that catches one’s fancy: from the crashing of waves to the twisting of vines, from the motion of cells to the dynamics of social networks, from the collapse of bridges to the flight of birds. So why give it up? Why leave academia, the tenure, the teaching, the students, and the research, to write fiction instead?

Galileo famously said that the book of Nature is written in the language of mathematics. In scientific research, careful observation leads to questions about why something behaves in certain ways, and these questions lead to the formulation of hypotheses and predictions: a process that is quantified through mathematics and subject to a rigorous methodology in which the hypotheses are tested and reproducible results are sought. Science is about truth and the notion of scientific truth is well defined. There is no room for falsehoods and alternative facts.

By contrast, the story of human nature is written in the language of the imagination. The behavior and interaction of people, the occurrence of events, often unexpected and unpredictable, raise the age-old questions: why did they do that, why did that happen, what will happen next? But unlike the rules of scientific research, careful quantification and prediction may play no role at all. Indeed, the most interesting stories, in fiction as in life, are often the most illogical and unpredictable. Facts may no longer be important and the line between the historical truth (what actually happened) and the narrative truth (how we tell it) can be blurred. Sometimes these “truths” are indistinguishable. Sometimes we will never know what really happened. Often it is the lies, deceptions and fantasies that reveal the truth. So, although writing fiction is a bit like scientific research in that questions are asked and hypotheses explored, there are no longer any strict methodological constraints and the distinction between truth and wishful thinking may not matter. In short, writing fiction is a lot of fun.

A brief professional and scientific biography of the author can be found here.